Florida: Alzheimer's Disease and Related Dementias for Home HealthPage 3 of 8

In this course we explain how dementia affects the brain and how Alzheimer’s disease differs from other types of dementia. We review behaviors you might see in people with mild, moderate, and severe dementia and describe communication issues you will encounter at different stages. We offer techniques to address behavioral issues, and tools to promote independence in all activities. Finally, we will discuss how to work with family members and caregivers who are caring for a person with dementia.

The brain is the most complex organ in the human body. This three-pound mass of gray matter contains more than 90 billion nerve cells with about 150 trillion connections. The brain is at the center of all human activity—it regulates the body’s basic functions, allows us to interpret and respond to everything we experience, and shapes our thoughts, emotions, and behaviors (NIDA, 2018).

In healthy people, all sensations, movements, thoughts, memories, and feelings are the result of signals that pass through billions of nerve cells, or neurons, in the brain. Neurons constantly communicate with each other through electrical charges that travel down axons, causing the release of chemicals across tiny gaps to neighboring neurons. Other cells in the brain, such as astrocytes and microglia, clear away debris and help keep neurons healthy (NIA, 2017).

Most neurons in the human brain are myelinated. Myelin, also called white matter, is a fatty substance that surrounds the axon and increases the speed and efficiency of the nerve impulse. Myelin insulates the axon, preventing leakage of the electrical impulse into the surrounding fluid as well as providing structural support for the axon.

In a person with Alzheimer’s disease, the most basic form of dementia, toxic changes in the brain destroy healthy tissue. These changes may occur years, even decades, before the first signs of dementia. This process involves two proteins called beta-amyloid and tau, which somehow become toxic to the brain.

It appears that abnormal tau accumulates, eventually forming tangles inside neurons. The beta-amyloid form plaques, which slowly build up between neurons. As the level of amyloid reaches a tipping point, there is a rapid spread of tau throughout the brain.

But tau and beta-amyloid may not be the only factors involved in Alzheimer’s. Other changes that affect the brain may also play a role over time.

Eventually, neurons lose their ability to communicate. As neurons die, the brain shrinks, beginning in the hippocampus, a part of the brain important to learning and memory. People may begin to experience memory loss, impaired decision-making, and language problems. As more neurons die throughout the brain, a person with Alzheimer’s gradually loses the ability to think, remember, make decisions, and function independently (NIA, 2017).

Because dementia causes damage to the part of the brain that process visual input, is can affect visual acuity, the size of a person’s visual field, and visual-spatial perception, the ability to see objects and the distance between those objects. It also impairs working memory, a type of memory that promotes active short-term maintenance of information for later access and use. The decline in working memory also affects language comprehension and visuospatial reasoning (Kirova et al., 2015).

It is common to describe Alzheimer’s disease, as well as other dementias, as progressing in “stages”. The stages can be described as mild, moderate, and severe or early, middle, and late. Even though disease progression differs from person to person and varies depending on the type of dementia, we nevertheless associate certain symptoms and behaviors with these stages. The type of dementia, along with a person’s general health, co-morbid conditions, and family support can affect how fast and how far the dementia progresses.

Mild cognitive changes, which have likely been developing for several years, affect memory, decision-making, and complex planning. A person with mild dementia can still perform all or most activities of daily living such as shopping, cooking, yardwork, dressing, bathing, and reading. They may even continue to work, but will likely begin to need help with complex tasks such as balancing a checkbook and planning for the future. 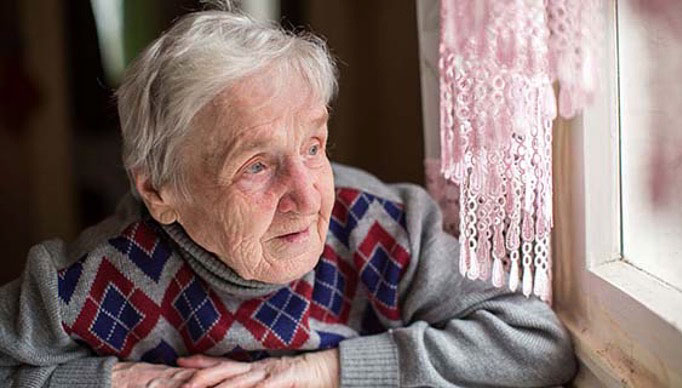 As Alzheimer’s disease progresses from the mild to moderate stage, plaques and tangles spread forward to the areas of the brain involved with language, judgment, and learning. Work and social life can become more tiring and challenging. Speaking and understanding speech, the sense of where your body is in space, executive functions such as planning, logical thinking, safety awareness, and ethical thinking are affected. Many people are first diagnosed with Alzheimer’s disease in this stage.

People with severe dementia can lose all memory of recent events although they often still remember events from the past. They are easily confused, tire easily, are unable to make decisions, and cannot think logically. Speech, communication, and judgment are severely affected. Sleep disturbances and emotional outbursts are very common.

Although Alzheimer’s dementia worsens steadily over time, other types of dementia may progress differently. Because vascular dementia is caused by a stroke or series of small strokes, dementia may worsen suddenly and then stay steady for a long period of time—especially if the underlying cardiovascular causes are addressed.

In Lewy body dementia, which is often associated with Parkinson’s disease, symptoms—including cognitive abilities—can fluctuate drastically, even throughout the course of a day. Nevertheless, the dementia is progressive and worsens over time. In the later stages, progression is similar to Alzheimer’s disease.

Frontal-temporal dementia generally starts at an earlier age than Alzheimer’s disease. In the early stage—depending on which lobe of the brain is affected, there are changes in personality, behavior, emotions, and judgment. There may also be early changes in language ability, including speaking, understanding, reading, and writing. Motor decline can also occur as the disease progresses. This is characterized by difficulties with movement, including the use of one or more limbs, shaking, difficulty walking, frequent falls, and poor coordination.