1. Prevalence and Incidence of HIV

In many parts of the world, COVID-19 is colliding with the ongoing HIV epidemic.  As the latest UNAIDS report shows, the HIV epidemic remains enormous, unfinished business. 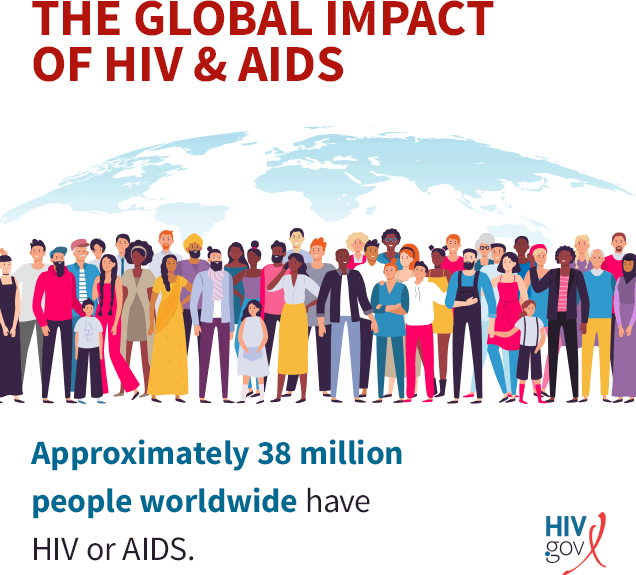 Human immunodeficiency virus (HIV) is a serious and often fatal disease that is one of the top ten leading causes of death among certain populations. HIV has negatively impacted millions of individuals, families, and communities worldwide since it was first identified forty years ago in the United States. In 2021, the United Nations estimated 38 million people worldwide were living with HIV or AIDS (acquired immune deficiency syndrome), including 36 million adults and 2 million children under 15 years of age (UNAIDS, 2021).

In 2020, approximately 1.5 million people were newly infected—a decline of 30% compared to 2010. Progress against the disease over the past decades has been promising but uneven, largely due to differences in the availability of services and treatment. Twenty-five countries have seen more than a 50% drop in infections since 2001, including a 42% drop in the Caribbean (UNAIDS, 2021). 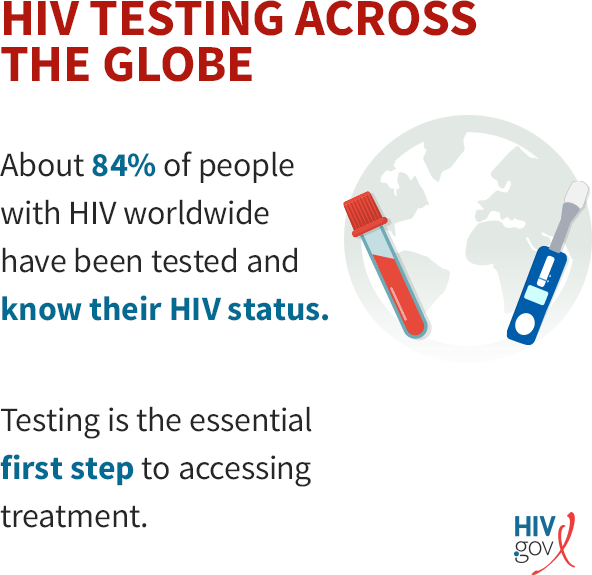 Although worldwide 84% of people have been tested and know their HIV status, about 6 million people remain unaware. Source: HIV.gov.

Worldwide, deaths related to AIDS, the final stage of HIV-infection, have decreased by 61% since 2004. In 2020, deaths decreased to approximately 690,000 million (compared to 1.2 million in 2010) (HIV.gov, 2021, June 25). However, increases in deaths have been seen in the regions that experienced an increase in new HIV infections—namely the Middle East, North Africa, Eastern Europe, and Central Asia (UNAIDS, 2021). 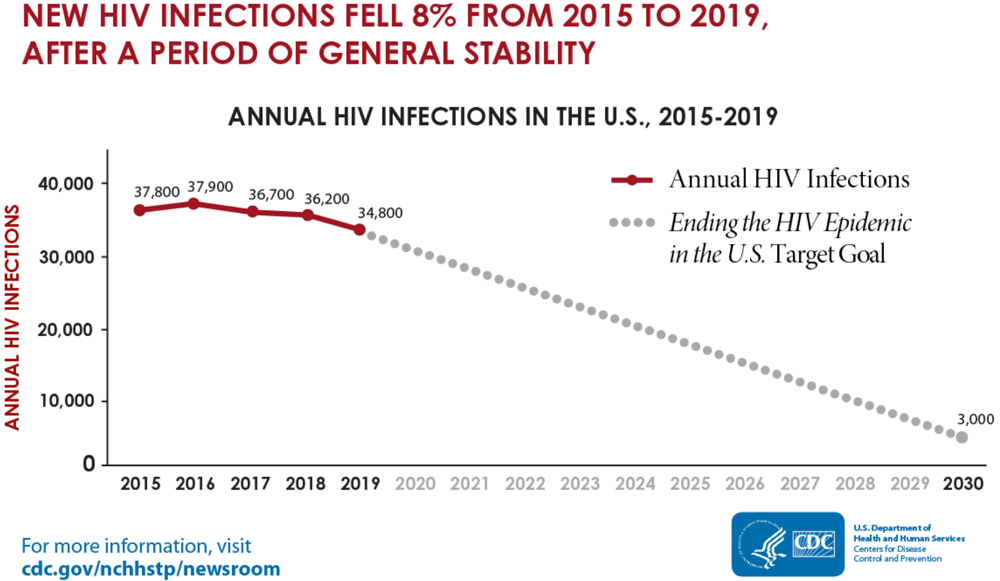 In the U.S., HIV cases are not distributed evenly among the states; the highest prevalence and incidence occur in the South and in low socioeconomic areas more concentrated by ethnic groups. The highest rates of infection are in people aged 25 to 34; the rate for males is 5 times the rate for females. In 2019, the largest percentage of HIV infections (81%) occurred in male-to-male sexual contact (CDC, 2019).

Rates of Adults and Adolescents Living with Diagnosed HIV Infection, by Area of Residence, Year-end 2017—United States and 6 Dependent Areas

A person with HIV who takes HIV medicine as prescribed and gets and stays virally suppressed or undetectable can stay healthy and has effectively no risk of sexually transmitting HIV to HIV-negative partners.

Although there is no cure for HIV, access to treatment has improved. Worldwide, about three-quarters of people infected with the virus have access to antiretroviral therapy (ART). Roughly 84% of pregnant women with HIV have received ART to prevent neonatal transmission. Of those receiving ART, 66% show viral suppression*. Unfortunately, 10 million people worldwide have barriers to access or are waiting for treatment.

*Viral suppression: defined as having less than 200 copies of HIV per milliliter of blood. HIV medicine can even make the viral load so low that a test can’t detect it. This is called an undetectable viral load.

Reducing the transmission of HIV is one of the top priorities of the Florida Department of Health. Although more than 4,500 new cases of HIV infection were reported among adults in Florida in 2019, this is a decrease of almost a thousand new cases compared to previous years. More than 115,000 people in Florida are living with HIV, which accounts for ~12.5% of all cases in the United States. Miami has the largest HIV-positive population in Florida (Elflein, 2021).

Cases among Black, Hispanic, and gay men make up 74% of new infections in Florida (O’Donnell, 2021). Although Black men and women represent just 14% of Florida’s adult population, they account for 44% of the adult HIV-infection cases and 53% of the adult AIDS cases reported in 2021. The HIV case rate among Black women is 15 times that of white women (FDOH, 2021, October 22).

Hispanic people, who comprise 22% of Florida’s adult population, account for 23% of HIV cases and 21% of AIDS cases. Throughout the state, since 2018, the rates of infection among Black and Hispanic/Latinx populations have decreased slightly, mirroring a nationwide trend (FDOH, 2021, October 22).

Since the peak year of 1995 there has been a significant decline in deaths of Florida residents due to HIV. This is due to awareness, improved screening programs, and prompt initial medical treatment.

Certain serious and life-threatening diseases that occur in HIV-positive people are called AIDS-defining illnesses. When a person gets one of these illnesses, he or she is diagnosed with the advanced stage of HIV infection known as AIDS.

An AIDS case definition means a person infected with HIV has AIDS if he or she has one of the following: