1. The Grave Problem of Child Abuse

Underreporting of suspected child abuse has long been a problem, and while every state, the District of Columbia, and the U.S. Territories mandate reporting by certain individuals (US DHHS, 2018; CDC, 2014, 2014a; Peterson et al., 2014), and most require training for those reporters, the problem remains. Reasons cited for not reporting include confusion or misunderstanding about how and what to report and lack of knowledge about the signs of mistreatment, but research has demonstrated that the reasons are often more complex and can involve personal concerns, system concerns, social constraints, and conflicting loyalties (Guttman, 2015; Hudson, 2017; Krase, 2018; Wolfe, 2012).

Research has also found that the more training mandated reporters receive the more confident they feel in making good decisions about their duties to report suspected child maltreatment (Lusk, 2014; Wolfe, 2012). While most states have penalties for failure to report, they are often minor and/or rarely imposed (Hudson, 2017; Krase, 2018; Steffen, 2016; Wolfe, 2012).

The recognition of child abuse in its multiple forms—physical abuse, sexual abuse, emotional abuse, and neglect—came to the fore in the twentieth century and remains a considerable social and public health problem throughout the world as well as in the United States. The national estimate of children who received a child protective services (CPS) investigation response or alternative response increased 9.5% from 2012 (3,172,000) to 2016 (3,472,000).

That said, any amount of child abuse and neglect is too much. And, as noted above, it is believed that these numbers likely underestimate how many children are affected by maltreatment because many cases go unreported or undetected. A non-CPS study has estimated that 25% of U.S. children experience some form of child maltreatment in their lifetimes (CDC, 2017; 2014).

A Centers for Disease Control and Prevention (CDC) study found that the total lifetime estimated financial costs associated with just one year of confirmed cases of child maltreatment (physical abuse, sexual abuse, psychological abuse and neglect) is approximately $124 billion (CDC, 2014b). In addition, survivors of child abuse can be left with physical and emotional scars that last a lifetime. Children who have experienced abuse and neglect are at increased risk of adverse health outcomes and risky health behaviors in adolescence and adulthood. Child maltreatment has been linked to higher rates of alcoholism, drug abuse, depression, smoking, multiple sexual partners, suicide, and chronic disease (CDC, 2014b).

Statistics from the U.S. Department of Health and Human Services (HHS) show that, nationwide, neglect represents the largest percentage of cases of child maltreatment, and the same holds true in New York State.

Federal legislation provides guidance to states by identifying a minimum set of acts or behaviors that define child abuse and neglect. The Federal Child Abuse Prevention and Treatment Act (CAPTA) (42 U.S.C.A. § 5106g), as amended by the CAPTA Reauthorization Act of 2010, defines child abuse and neglect as, at minimum:

This definition of child abuse and neglect refers specifically to parents and other caregivers. A “child” under this definition generally means a person who is younger than age 18 or who is not an emancipated minor.

While CAPTA provides definitions for sexual abuse and the special cases of neglect related to withholding or failing to provide medically indicated treatment, it does not provide specific definitions for other types of maltreatment such as physical abuse, neglect, or emotional abuse. Although federal legislation sets minimum standards for states that accept CAPTA funding, each state provides its own definitions of maltreatment within civil and criminal statutes (DHHS, 2018). 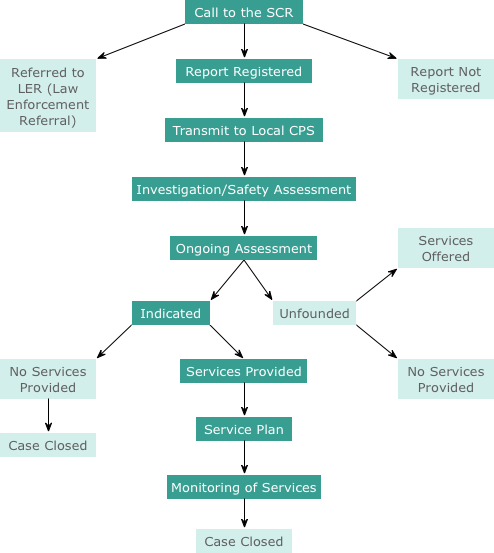