10. Common Medications and Their Side Effects

Treatment of dementia using medications mostly focuses on symptom management. There are no therapeutic interventions that have been found to stop the progression or reverse the deterioration caused by Alzheimer’s disease.

People with dementia are more likely to take many medications for treatment of cognitive problems, behavioral symptoms, and multiple comorbidities, compared with people without dementia. Most geriatric patients with dementia take five or more medications, commonly defined as polypharmacy. Although taking multiple medications may be necessary for the management of dementia and chronic diseases, the use of multiple medications can lead to greater risk of drug-related problems, including potentially inappropriate medications, drug-drug interactions, and adverse drug reactions (Ruangritchankul et al., 2020). 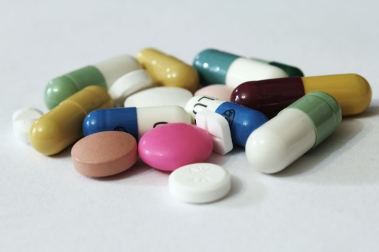 Improper use of pain medications and polypharmacy increases the risk of drug interactions and developing adverse drug reactions in the elderly. The latter accounts for a great burden of disease in these patients including the need for hospital admission. A recent meta-analysis showed that among patients admitted to hospital because of adverse drug reactions, non-steroidal anti-inflammatory drugs were frequently related to these admissions. Optimal medical management and nursing care in pain treatment are thus essential to reduce morbidity and costs in older adults. Nevertheless, to implement appropriate pharmacologic pain management in practice remains a challenging task (Schneider et al., 2020).

Many studies have reported a high prevalence of polypharmacy and drug-related problems among older patients with dementia admitted to hospitals. Polypharmacy has been reported in 82–98% of this vulnerable population, potentially inappropriate medications in 22-96%, and drug-drug interactions in more than 40% (Ruangritchankul et al., 2020).

Age-related pharmacokinetic and pharmacodynamic changes can pose higher risk for undesirable drug-related problems. Older people with dementia experience physiological changes that may increase their sensitivity to the neurological effects of medications, leading to adverse drug reactions. This can result in an increased risk of hospital admission, morbidity, mortality, and healthcare burden. These problems tend to occur more frequently—and are more serious—in older adults with dementia than in younger population (Ruangritchankul et al., 2020).

Antipsychotics, anti-epileptics, and antidepressants are the most commonly used medications in older adults with dementia. These medications are used in the hope of treating or slowing the progression of symptoms associated with dementia, to manage neuropsychiatric symptoms of dementia, and to treat other health conditions (Jordan et al., 2015).

Older adults, particularly those with dementia, are vulnerable to the adverse effects of these medications. This can include worsening cognitive impairment, aggression, restlessness, sedation, falls, bleeding, and changes in cardiovascular and gastrointestinal function (Jordan et al., 2015).

Whether to manage symptoms of dementia or co-morbidities:

The first three medications are cholinesterase inhibitors, which work by increasing the levels of acetylcholine, a neurotransmitter in the brain involved in learning and memory. Cholinesterase inhibitors are generally used for the treatment of individuals in the mild-to-moderate stages of Alzheimer’s disease (Dou et al., 2018).

The fifth medication, Namzaric, was approved by the FDA in 2014. It is a fixed-dose combination of memantine hydrochloride extended release (Namenda) and donepezil hydrochloride (Aricept). It is indicated for the treatment of moderate to severe Alzheimer’s dementia in patients stabilized on memantine and donepezil. Namzaric is supplied as a capsule for once-daily oral administration. The capsules can also be opened to allow the contents to be sprinkled on food, to facilitate dosing for patients who may have difficulty swallowing (CenterWatch, 2020).

Although anti-dementia drugs have been widely adopted since they came onto the market in the mid-1990s, little research has been on the prevalence of adverse side effects. Most available studies have been funded by drug companies, and they may underestimate the adverse events that occurred because of, for example, reporting bias (Imai et al., 2020). Nevertheless, side-effects are widely reported, if mostly anecdotally.

Typical side effects that occur with the use of acetylcholinesterase inhibitors such as Aricept, Exelon, and Razadyne, include gastrointestinal symptoms such as vomiting and diarrhea and psychiatric symptoms such as excitability, insomnia, and hallucinations. Patients taking NMDA receptor antagonists such as Namenda sometimes experience adverse events such as dizziness and lightheadedness (Imai et al., 2020).

The most common adverse event in both males and females was excitement/insomnia, occurring in close to half of patients. Poriomania*/violent behavior occurred in more than 20% of patients. Excessive mental excitement and uncontrollable physical movement is a frequent and marked adverse event in anti-dementia drug therapy. There is a previous report stating that excitement/insomnia associated with adverse events in anti-dementia drug therapy suggests that the dose being taken is not appropriate. Because acetylcholinesterase inhibitors are metabolized by the liver and NMDA receptor antagonists are excreted renally, in elderly patients in whom these functions are reduced, it is likely that the blood concentrations that are optimal for therapy could be exceeded, resulting in mental excitement (Imai et al., 2020).

*Poriomania: an irresistible, impulsive desire of wander off or run away. Can be conscious or accompanied by retrograde amnesia.

Atypical antipsychotics are often used off-label to manage dementia-associated behavioral symptoms of dementia. The 2016 American Psychiatric Association practice guideline on the treatment of agitation or psychosis in patients with dementia recommends a patient-centered plan-of-care that incorporates nonpharmacologic and pharmacologic approaches. Antipsychotics are recommended as part of this approach when symptoms are serious, dangerous, or cause significant patient distress. Currently, no medication has been approved by the Food and Drug Administration for the treatment of dementia-associated neuropsychiatric symptoms, including agitation (Rubino et al., 2020).

Although there is only modest evidence suggesting clinical improvement from the use of antipsychotics in people with dementia, there is increased risk of adverse health outcomes and mortality. Antipsychotics can have a sedative effect, leading to adverse drug events, falls, fractures, and excess sedation. Nevertheless, these drugs remain widely used in people with Alzheimer’s disease and other types of dementia.

Several large clinical trials have demonstrated an increased risk of mortality when antipsychotics are used by people with dementia. There is increased risk of cerebrovascular accident and greater rate of cognitive decline and mortality. Antipsychotics should be avoided for behavioral problems of dementia or delirium unless nonpharmacological options have failed or are not possible and the older adult is threatening substantial harm to self or others (Fixen, 2019).

The American Geriatric Society (AGS) Beers consensus criteria* for safe medication use in elders recommends avoiding antipsychotics for treatment of neuropsychiatric symptoms of dementia due to the increased mortality and cerebrovascular events risk “unless nonpharmacologic options have failed and patient is threat to self or others” (Fixen, 2019). All atypical antipsychotics now carry a black box warning from the FDA about this risk, and a similar warning applies to conventional antipsychotics.

*Beers Criteria: In 1991 Beers and colleagues published an expert consensus document that attempted to establish criteria for identifying medications that are inappropriate for use in older adults. The Beers criteria are commonly used to identify “potentially inappropriate medications” for older adults, meaning the risk may outweigh the benefit.

Article: Risks Run High When Antipsychotics Are Prescribed for Dementia

Adult day care staff should be aware of any medications a client is using that may affect cognition or lead to an adverse event. Older adults with dementia are susceptible to dehydration, which can affect drug absorption rates. Some medications can increase the risk of falls while others affect cognition. Weight loss and extremely low body fat can also decrease the effectiveness of some drugs. If you notice a change in cognition or behavior, report your observations to your supervisor so a comprehensive evaluation can be completed.

Supervision of self-administered medication must not be construed to mean that a center shall provide such supervision to participants who are capable of administering their own medication (O’Keeffe et al., 2014).

No client who requires medication during the time spent at the center and who is incapable of self-administration can be admitted or retained unless there is a person licensed according to Florida law to administer medications. A physician, advanced registered nurse practitioner, dentist, licensed practical nurse, RN, or physician’s assistant can administer medications (O’Keeffe et al., 2014).