Home » Michigan: Pain and Its Management

Michigan: Pain and Its ManagementPage 8 of 11

The appropriate use of analgesics—the right drug at the right interval—provides good pain relief for the majority of patients. There are dozens, even scores, of drugs that can be used depending on the clinical circumstances. They generally fall into three categories: opioid analgesics, non-opioid analgesics, and adjuvant medications with analgesic activity.

The predominant method of analgesic pain treatment continues to be the Pain Ladder developed by the World Health Organization (WHO) in the context of cancer care. This three-step approach is based on pain severity and recommends the use of non-opioids prior to the initiation of opioid therapy.

Narcotics are drugs that in moderate doses dull the senses, relieve pain, and induces profound sleep but in excessive doses cause stupor, coma, or convulsions. Opioids have a narcotic effect; that is, they induce sedation and are effective for the management of many types of pain. Opioid receptors are found extensively in the brain and spinal cord, as well as in the vascular system, gut, lungs, airway, cardiac system, and some immune system cells.

Opioid analgesics have a legitimate medical use and are indicated for the medical management of moderate or severe pain. Although their use for the relief of a variety of chronic non-cancer pain conditions continues to evolve, and evidence of effectiveness for these conditions is derived largely from consensus standards, there seems to be a general agreement that some patients can be properly treated with opioid therapy. Physicians, osteopaths, pharmacists, and nurses (where permitted) must be knowledgeable about opioids and confident to prescribe, administer, and dispense them according to individual patient needs (PPSG, 2013a).

Dozens of compounds fall within this class of opioid analgesics, including hydrocodone, oxycodone, morphine, fentanyl, codeine, propoxyphene (recalled in 2010), hydromorphone (Dilaudid), and meperidine (Demerol), which is used less often because of its side effects. In addition to their effective pain-relieving properties, some of these medications are used to relieve severe diarrhea (eg, Lomotil, also known as diphenoxylate) or severe coughs (codeine).

Management of pain using opioid therapy requires a thorough assessment before initiation of treatment. When treating a person with chronic pain there may be physical, psychological, social, cultural, spiritual, and hereditary as well as behavioral factors that contribute to suffering and require attention and evaluation.

Opioids can cause unwanted or adverse effects. They usually cause drowsiness in the first 24 to 36 hours and patients should be advised that this will resolve. Constipation is a common side effect because opioids suppress receptors in the gut that guide peristalsis, leading to a slowdown in bowel motility. Patients should be given a bowel stimulant while on opioids.

Thirty years ago, I attended medical school in New York. In the key lecture on pain management, the professor told us confidently that patients who received prescription narcotics for pain would not become addicted.

While pain management remains an essential patient right, a generation of healthcare professionals, patients, and families have learned the hard way how deeply misguided that assertion was. Narcotics—both illegal and legal—are dangerous drugs that can destroy lives and communities.

The opioid epidemic is a problem the likes of which we have never seen.

On March 29, 2017 President Donald Trump ordered the establishment of the Commission on Combating Drug Addiction and the Opioid Crisis, to be headed by New Jersey Governor Chris Christie. The final report was issued on November 1, 2017. Following is a summary of its recommendations.

For the complete report of the Commission, please go to: https://www.whitehouse.gov/sites/whitehouse.gov/files/images/Final_Report_Draft_11-1-2017.pdf

Non-opioid analgesics can include:

Acetaminophen, the active ingredient in Tylenol* has been marketed in the United States as an over-the-counter antipyretic (fever reducing) and analgesic (pain reducing) agent since 1953. Acetaminophen is widely available in a variety of strengths and formulations for children and adults as a single-ingredient product.

Acetaminophen’s anti-inflammatory properties are much weaker than those of aspirin and other NSAIDs like ibuprofen, which inhibit both COX-1 and COX-2 but can irritate the stomach and gastrointestinal tract. It is thus less effective or appropriate for chronic inflammatory pain conditions such as rheumatoid arthritis. It is, however, an excellent choice for osteoarthritis, especially in those patients where aspirin is contraindicated.

Acetaminophen lacks the antithrombotic, blood-thinning properties of aspirin and other NSAIDs and therefore does not inhibit coagulation, an important consideration for pain therapy following minor surgical or dental procedures.

Nonsteroidal anti-inflammatory drugs (NSAIDs) are medications with anti-inflammatory, analgesic, and antipyretic properties and are among the most widely used drugs in the world. Aspirin, developed in 1897, was the first NSAID. NSAIDs are often used to reduce short- and long-term pain, decrease stiffness, and improve function in patients with acute and chronic conditions such as arthritis, headache, dysmenorrhea, and postoperative pain.

NSAIDs work by stopping COX enzymes from making prostaglandins. Like all drugs, NSAIDs have some unwanted side effects. Because certain prostaglandins protect the stomach lining from the stomach acid that helps to digest food, NSAID use can cause gastrointestinal complications (dyspepsia and abdominal pain, increased incidence of endoscopic ulcers, bleeding, and death). A history of prior gastrointestinal symptoms or bleeding, the presence of other risk factors such as advancing age, higher doses of NSAIDs, duration of NSAID use, as well as the frailty of the patient all increase the risk for upper gastrointestinal damage and consequent bleeding (Simon, 2013).

Despite the many available forms of NSAIDs—including injectable and topical—oral dosing is the most common route, usually the one route consistently associated with chronic use and thus the one that carries the most risk. NSAIDs with a longer half-life probably place patients at greater risk of adverse events. Strategies to decrease the risk of gastrointestinal damage include transition to other types of drugs, lower doses, and the use of topical NSAIDs. Other strategies include the addition of prostaglandin analogues, H2 receptor antagonists, or proton pump inhibitors as concomitant therapies (Simon, 2013).

Based upon the recent literature, N2O may be poised for something of a comeback in the acute care setting. The agent is well known, self-administered, safe, and at least moderately effective. It avoids the need for IV access and has a very low risk of concerning side effects. It is excreted unchanged by the lungs so there are no issues with renal or hepatic disease. When the training, technical, and related physical barriers (eg, external venting) to N2O use in the emergency department can be overcome, it makes sense to incorporate capability for administration of this inhaled agent for analgesia and also as an adjunct for procedural sedation (Thomas, 2013).

Cannabis (Cannabis sativa) is an ancient plant that has been used medicinally for thousands of years. Cannabinoids is the term for a class of compounds within cannabis of which delta-9-tetrahydrocannabinol (THC) is the most familiar. I addition to THC, approximately 100 other cannabinoids have been identified, including one of special scientific interest called “cannabidiol” (CBD). The human body produces endogenous cannabinoids (endocannabinoids) and contains specific receptors for these substances (Collen, 2012). 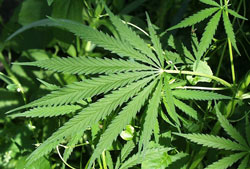 Five placebo-controlled studies at the Center for Medicinal Cannabis Research looked at the efficacy of smoked or inhaled cannabis for the treatment of HIV neuropathy and other neuropathic conditions. The efficacy of cannabis was found to be comparable to that of traditional agents, somewhat less than that of the tricyclics, but better than SSRIs and anticonvulsants, and comparable to gabapentin. The data suggest, on balance, that cannabis may represent a reasonable alternative or adjunct to treatment of patients with serious painful peripheral neuropathy for whom other remedies have not provided fully satisfactory results (Grant, 2013).

Adjuvant analgesics are medications whose primary purpose is for the treatment of something other than pain. Adjuvants are valuable during all phases of pain management to enhance analgesic efficacy, treat concurrent symptoms, and provide independent analgesia for specific types of pain. Adjuvant analgesics have been extensively studied and reviewed in non-cancer settings and are generally endorsed as an important component of pain management. Adverse drug reactions are common and must be regularly assessed.