1. A History of Parkinson’s Disease

Parkinson’s disease is named for the English physician James Parkinson, who in 1817 published a comprehensive description titled An Essay on the Shaking Palsy. Though Parkinson’s research was later recognized as a major work in the field, it received little attention for decades. The disease was only given its current name in the 1870s when the French neurologist Jean-Martin Charcot named it to honor Parkinson’s studies, which had identified all of the symptoms as relating to a single disease. Charcot’s studies between 1868 and 1881 also became a landmark in the understanding of Parkinson’s disease when he made the distinction between rigidity, weakness, and bradykinesia as the disease progressed (Wikipedia, 2012b).

Early descriptions of people with symptoms of tremors while at rest, characteristic slowed movement, stooped posture, or drooling date back as far as the Egyptians and biblical times. Similarly, an Ayurvedic medical treatise from India of the 10th century B.C.E. describes a disease that evolves with tremor, lack of movement, drooling, and other symptoms of Parkinson’s disease (PD). Galen also described in 175 A.D. the symptoms now associated with PD patients: tremors while at rest, postural stooping, and paralysis. Others through the centuries described one or several of the characteristic symptoms but without clear understanding of the cause or their progressive relatedness through time. 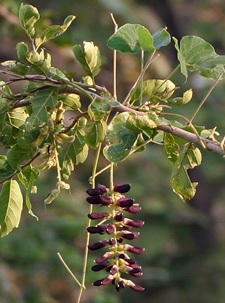 Some of the earliest treatments for PD involved plants of the mucuna family of tropical vines, some of which produce seeds now known to be rich in levodopa. Levodopa is a direct molecular precursor of the neurotransmitter dopamine. These Mucuna pruriens seeds have long been used in traditional Indian medicine to treat ailments including Parkinson’s disease and are native to Africa, India, and the Caribbean.

In Central America, for decades these “velvet beans” have been roasted and ground to make a coffee substitute that goes by the common name of nescafé in those regions and Brazil. Single portions, approximately one ounce of the seeds, have been shown to be as effective as single doses of modern medicines in the treatment of Parkinson’s disease, but long-term efficacy and tolerability have not been determined. It appears likely that nescafé would have similar limitations with long-term use (see later section).

In addition to levodopa, the seeds contain other potent neuroactive and psychoactive compounds such as serotonin (5-HT), 5-hydroxytryptophan, nicotine, dimethyltryptamine (DMT), bufotenin, and 5-MeO-DMT, the last three being powerful psychedelic tryptamines also found in tropical frog skins. As such, extracts could exhibit strong psychedelic effects and they have reportedly been used in South American ayahuasca preparations. 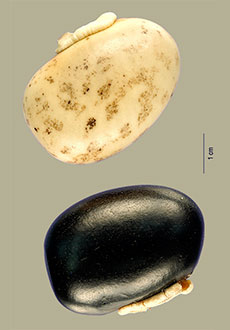 Though numerous physicians had noted characteristic components of PD in older patients, not until 1817, when Parkinson published his studies of six cases, had anyone connected the characteristics of resting tremor, abnormal posture and gait, paralysis, and diminished muscle strength with disease progression in time. Positive effects to reduce tremor by blocking the body’s nervous system with the anticholinergic alkaloids of the belladonna plant (Deadly Nightshade) were described during the nineteenth century by Charcot and others, and were used well into the 1950s.

The anatomical deficits of PD were described around 1900, when it was discovered that the subthalamus or cerebral peduncle of patient brains suffered from local cell death. In 1912 Frederic Lewy described a stainable protein marker, later referred to as Lewy bodies, in pathology slides made post mortem from affected brains. In 1919 the substantia nigra was found to be the main cerebral structure affected, but this was not widely accepted until confirmation by further studies published in 1938.

Early surgery aimed to ablate parts of the corticospinal pathway, resulting in paralysis as the alternative to tremors. Modern surgery for tremor, consisting of the destroying of some of the basal ganglia structures that control coordinated movement and balance was first tried in 1939 and was improved over the following twenty years. Otherwise, anesthetic anticholinergic agents to reduce nerve impulses to muscles were the only available drug treatments used to control tremors until the discovery of levodopa’s efficacy.

The underlying biochemical changes in the brain were identified in the 1950s, due largely to the work of Swedish scientist Arvid Carlsson on the neurotransmitter dopamine and its role on PD. Carlsson was awarded a Nobel Prize in 2000 for this work showing that dopamine is not only a precursor of norepinephrine (noradrenaline) and epinephrine (adrenaline) but also a neurotransmitter.

Levodopa was first synthesized in 1910 but it received little attention for decades. Carlsson showed that administering levodopa (L-DOPA) to animals with parkinsonian symptoms would reduce their intensity. L-DOPA entered clinical testing and use and a year later, in 1968, the first large study on treatment with levodopa reported improvements in people with Parkinson’s disease.

Levodopa brought about a true paradigm shift in the management and understanding of PD. At the same time, neurologist Oliver Sacks described levodopa treatment in human patients with encephalitis lethargica, detailed in his 1973 book (and later movie) Awakenings. However those patients—frozen motionless with post encephalitic parkinsonism* thought to result from a viral illness—lose benefit from L-DOPA medication far faster than do patients with Parkinson’s disease.

*Parkinsonism refers to any condition that causes Parkinson’s-type abnormal movements.

By the late 1980s, deep brain stimulation (see later section) emerged as a possible treatment and was approved for clinical use by the FDA in 1997. It was also determined in 1997 that synuclein proteins were the main component of Lewy bodies. Stem cell therapies and other innovative treatments are currently being investigated.