Anthony S. Fauci, the government’s top infectious-disease specialist, warned Tuesday that the United States could soon have 100,000 new coronavirus cases a day “if this does not turn around” — a surge that would be more than twice as many as the record so far and three times as many as the peak of the original surge this spring.

A Montana grocery worker asked a co-worker who had recently traveled to Washington State to please stay 6 feet away from her for the next 2 weeks. The co-worker spun around and started yelling at her co-worker, calling her a bitch and telling her she better shut up and leave her alone. She reported this behavior to her supervisor who told her there was nothing she could do.

An outbreak of a novel and sometimes deadly respiratory disease in China grew rapidly in the first months of 2020. The illness has since spread around the world with sustained person-to-person transmission on six continents. As of July 10, 2020, there are more than 12,300,000 confirmed cases and more than 556,000 deaths worldwide in this swiftly expanding pandemic.

Graph of Confirmed COVID-19 Cases in the United States 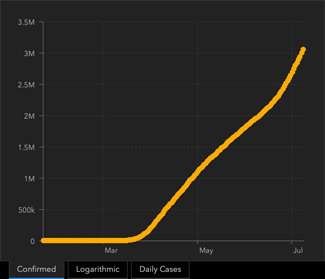 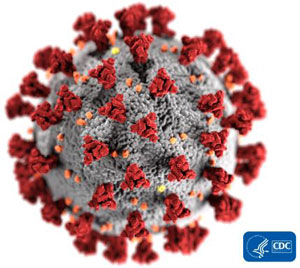