1. Abuse and Misuse of Prescription Opioids

Over the past 25 years, pharmaceutical companies deceptively promoted opioid use in ways that were often neither safe nor effective, contributing to unprecedented increases in prescribing, opioid use disorder, and deaths by overdose.

More than two decades ago, a trend emerged of almost-unquestioned use of opioids for the treatment of acute and chronic pain. Although mostly well-intentioned, individual consequences have been serious: a dramatic increase in the abuse of opioids; increases in dependence, addiction, and overdose; and other less-known side effects such as neonatal abstinence syndrome and transmission of infectious diseases. Society has suffered as a result with loss of productivity, increased crime and violence, neglect of children, and expanded healthcare costs.

Prescribing opioids for acute and chronic pain —and diversion and abuse of prescription pain medications—has become so widespread that nearly one hundred thirty people die each day from an opioid overdose, about a third of which are related to prescription opioids. Over a 10-year period, that has averaged to nearly 50,000 deaths each year from opioid overdoses. The availability of narcotic-reversal drugs such as Narcan (naloxone) has helped but has not stopped the epidemic of opioid deaths.

Our nation faces a crisis of overdose deaths from opioids, including heroin, illicit fentanyl, and prescription opioids. These deaths represent a mere fraction of the total number of Americans harmed by opioid misuse and addiction. Many Americans now suffer daily from a chronic medical illness called opioid addiction, or OUD. Healthcare professionals, treatment providers, and policymakers have a responsibility to expand access to evidence-based, effective care for people with OUD (SAMHSA, 2020, May).

Since the early 2000s, Rhode Island has ranked among the states experiencing the most severe and protracted crisis of opioid abuse. In 2018 the state’s opioid-related overdose death rate was the tenth highest in the United States among the 38 states that were ranked by the Centers for Disease Control and Prevention (CDC) (Burke & Sullivan, 2020).

COVID: A Crisis Within a Crisis

After experiencing a brief period of relatively stable death rates, recent evidence suggests that Rhode Island has seen a resurgence in opioid-related mortality in 2020, due in part to the COVID-19 pandemic (Burke & Sullivan, 2020). This has caused what some call “a crisis within a crisis.” And it is not only Rhode Island: since the beginning of the coronavirus pandemic more than 40 states have reported increased opioid deaths (Desmon, 2020). 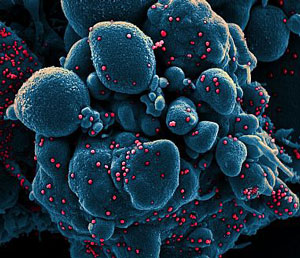 From July 2019 to July 2020, more than 80,000 overdose deaths occurred throughout the United States, the highest number ever recorded in one year, which represents a 25% increase over previous years (NCHS, 2021). Although overdose deaths were increasing in the months preceding the COVID-19 pandemic, these numbers suggest an acceleration of overdose deaths related to the pandemic (CDC, 2020, December 17). During that same period, Rhode Island experienced an increase in overdose deaths of more than 6% (NCHS, 2021).

Due to the many healthcare challenges faced by this population, people with a substance use disorder may be more susceptible to COVID-19 infection. Medical care is lacking, and many people have comorbid conditions. Lung function may already be affected, especially for those who use methamphetamine, vape, or smoke cigarettes or marijuana. A high percentage of individuals with substance use disorder experience homelessness and are exposed to increased transmission of COVID-19 in homeless shelters and prisons (Volkow, 2020).