Home » CBD: Weeding Through the Controversy

CBD: Weeding Through the Controversy

CBD: Weeding Through the ControversyPage 3 of 8

1. CBD: Its Controversial Use in Medicine

Nurse Evans has been hearing more and more frequently that patients—and even her own friends—are using CBD products for various health issues. She grew up thinking that cannabis (or, as her friends called it, marijuana) was a party drug and that it was dangerous and illegal. Now she’s confused about the renewed popularity of CBD and her role in guiding patients on its safe use. She knows it is legal in her own state but that cannabis manufacturing and use and are still federal crimes, which is confusing.

Do you, unlike Nurse Evans, have enough information to properly educate your patients about CBD? What is CBD, anyway? What is your role in administering synthetic cannabis in FDA-approved medications? Are all CBD manufacturers the same? How is CBD regulated? What are the legitimate claims for its effectiveness? If you’re like Nurse Evans, you are seeking more information for your patients and friends.

Patients are using both THC (cannabis) and CBD as medication, and it is imperative that healthcare professionals understand not only the risks and benefits of this herbal medication but also the legal issues involved in its use.

What CBD Is and Is Not

CBD is not psychoactive. It is a non-psychoactive chemical that is found in the cannabis plant. CBD is the abbreviation for cannabidiol, which is a derivative of the Cannabis sativa plant, and 1 of the 200 identified cannabinoids from this ancient plant. Up to 40% of the plant’s extracts are cannabinoids (Campos et al., 2012).

CBD is not marijuana, or THC, which comes from the whole cannabis plant, but rather an extracted component from the plant that does not contain the psychoactive chemicals. Both the public and the medical community are eager to find pain medications as alternatives to the opioids that have precipitated a crisis in the United States. Thus, CBD products are currently experiencing a boom.

Sales of CBD products are expecting to soar 700% in the next few years due to consumer interest prompting a forecast of about $16 billion in sales by 2025 (Dorbian, 2019). CBD manufacturers claim to cure a myriad of conditions from the common headache and insomnia to complex issues like diabetes and even cancer. But can it really do that or is CBD just snake oil? Worse, is it dangerous?

The whole cannabis plant contains THC (tetrahydrocannabinol) and other components called flavonoids as well as chemicals that determine its color and aroma, known as terpenes. THC is the psychoactive feature of the whole plant, but CBD does not contain any THC. Without the intoxication and euphoria (high) of cannabis, CBD has demonstrated benefits for anxiety, insomnia, seizures, multiple sclerosis, post-traumatic stress disorder, and pain management.

Cannabis is currently illegal under the federal government, the DEA having listed it as a Schedule I controlled substance due to its mind-altering substances and seeming potential for addiction (found in other Category I drugs such as LSD and heroin).

CBD is not an aromatic essential oil; it is not safe because it is “natural.” It does not come in a natural form but must be extracted from the hemp portion of the cannabis plant. Both hemp and cannabis come from the same plant and the terms are often used synonymously; however, they are different and serve different purposes. 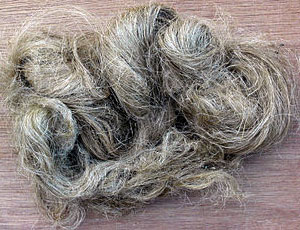 The product marijuana, with the nicknames of “Mary Jane” and “weed,” comes from a cannabis plant that is grown and bred for its potent resinous glands (male portion of the plant), and its trichomes contain high THC.

In contrast, hemp is the portion of the same cannabis plant that is bred for oils and even fiber for rope, paper and clothing.

A Brief History of Cannabis and CBD

Recorded history and archeological remnants show that hemp fibers from the cannabis plant were used in Mesopotamia as early as 8,000 B.C.E (Oláh et al., 2014). By the year 100 A.D. Romans were using the fiber from hemp for clothing and the Roman elite were using cannabis for analgesia and sedation. King Philip of Spain ordered the cultivation of hemp throughout the Spanish empire and introduced it to the New World in 1564 as they conquered existing civilizations. In the New World of North America, George Washington and Thomas Jefferson grew hemp for food and industrial applications.

Because of its common use, cannabis and hemp were part of the U.S. Pharmacopoeia from 1850 to 1942 (do Nascimento et al., 2017). In the 1930s the U.S. Federal Bureau of Narcotics stated that “marijuana is a gate-way drug to narcotics addiction.” The Marijuana Tax Act of 1937 then placed a tax on any marijuana sold and purchased in the United States.

CBD was first extracted in the 1940s, and six years later studies determined the effects of the class of cannabinoids on mammals. Later, in the 1960s, the molecular structure of CBD was determined to be different from that of marijuana, which explained the different effects between two components of the same plant.

Because of misuse, poor processing, and associations with deviant behavior, the cannabis plant was declared illegal in the United States and was removed from the U.S. Pharmacopoeia; in 1970 it was classified as a Schedule 1 Controlled Substance. It was illegal to grow, harvest, transport, sell, or use the marijuana plant until new information about the chemical components of the plant were discovered.

With the movement toward evidence-based medicine, the human endocannabinoid system was identified in the 1990s, which revealed that humans have cannabinoid receptors throughout the body and especially surrounding the nervous system. In 2014 President Barack Obama signed the Farm Bill, which allowed hemp, not marijuana, to be cultivated again for further research (USDA, 2014). In 2018 the Farm Bill of 2018 allowed the cultivation of hemp and hemp-derived products, including CBD, which became legal at the federal level; on the contrary, the cannabis plant for marijuana still remains illegal federally (USDA, 2019).

States have been left to interpret the paradox of cannabis being both legal and illegal. There is no distinction yet between medicinal and recreational use. The debate continues, with some states recognizing the federal mandate against cannabis while others have approved the use of CBD on the basis that it does not have the THC component or its psychodynamic properties. Pending true clarity in the law, and in recognition of a society hungry for the products, manufacturers and marketers are moving forward to sell a plethora of CBD products in states that have legalized them.

Under the Controlled Substances Act (CSA), CBD is currently a Schedule I substance. It is not approved as a prescription drug or dietary supplement. Although cannabis is illegal, the Food and Drug Administration (FDA) has approved CBD for a few select health issues. Despite the federal sanction, currently 27 out of 50 states have approved cannabis, and all have approved CBD use. Four states have legalized recreational marijuana and twenty-three states have legalized medical marijuana, including CBD (Prescott, 2018).

In 2018 CBD was approved by the FDA, after CNN featured a story called Charlotte’s Web. The story featured the effective use of CBD in the treatment of a rare seizure disorder for a little girl (Maa & Figi, 2014). The website Charlotte’s Web remains the number 1 website for cannabis issues, public education, and product purchasing. The impressive management of these rare seizures by CBD led to an explosion of interest by the medical community—and a good excuse from recreational users of marijuana to further explore cannabis.

The CBD movement has found great momentum as part of the $billion herbal supplement industry, the growing stress and anxiety in our population, and the legalization of medical and recreational cannabis throughout the country.

Gradually, states passed laws allowing the use of CBD for select conditions, but physicians still cannot write the prescription, only a recommendation for use. An additional thirty states have now passed medical cannabis laws with no restrictions on THC content, and products are allowed to be purchased without a doctor’s formal recommendation.

In December 2018, President Donald Trump signed a $867 billion farm bill, which removed industrial hemp from the restricted product list and made it a lawful agricultural product. The 2014 Farm Bill defines hemp as cannabis containing less than 0.3%. Yet the FDA still determines what is food quality and has continued to enforce the ban against CBD in food and drinks.

State and federal laws are in conflict and healthcare professionals are caught in the middle. In this volatile climate, it is important that healthcare workers understand the consumer use of CBD products as an alternative or complementary treatment for select conditions. As of January 1, 2019, only three states have no legal statues about cannabis (see map below).

In the past five years, scientific studies have examined the benefits of the extracted cannabidiol oil on anxiety, cognition, movement disorders, and pain. As noted earlier, in 2018 the FDA approved the drug Epidiolex for the treatment of two rare epilepsy disorders—Dravet syndrome and Lennox-Gastaut syndrome (USFDA, 2018).

The role of the FDA is to protect public health by ensuring the safety and effectiveness of human drugs, vaccines, and other biological products, including medical devices. It is also responsible for the safety of approved food supplies, cosmetics, dietary supplements, tobacco products, and even products that emit electronic radiation.

Through multiple studies, the FDA found CBD was statistically significant in reducing the frequency of seizures in children over the age of 2 and were able to fast-track the application for approval, which it ultimately received from the Drug Enforcement Administration (DEA). Safety studies for the drug did acknowledge and label potential side effects of this drug, which are similar for all anti-seizure medications, to include worsening agitation, depression, nausea, vomiting, abdominal pain, fatigue, anorexia, and possible liver damage.

FDA commissioner Scott Gottlieb stated, regarding the approval of this product:

Controlled clinical trials testing the safety and efficacy of a drug, along with careful review through the FDA’s drug approval process, is the most appropriate way to bring marijuana-derived treatments to patients. Because of the adequate and well-controlled clinical studies that supported this approval, prescribers can have confidence in the drug’s uniform strength and consistent delivery that support appropriate dosing needed for treating patients with these complex and serious epilepsy syndromes.

We’ll continue to support rigorous scientific research on the potential medical uses of marijuana-derived products and work with product developers who are interested in bringing patients safe and effective, high quality products. But, at the same time, we are prepared to act when we see the illegal marketing of CBD-containing products with serious, unproven medical claims. Marketing unapproved products, with uncertain dosages and formulations, can keep patients from accessing appropriate recognized therapies to treat serious and even fatal diseases.

Proponents of legalization cite the advantageous collection of taxes on products generating state income. For example, between 2014 and 2015 the State of Colorado collected almost $14 million in licensing, fees, and taxation from cannabis products. States that have legalized cannabis have also noted a decrease in crime rates as supplies and products are now easily available removing the dangerous underground market (Prescott, 2018).

Opposition to legalizing cannabis and its variety of products stems from caution against the psychotropic effects of marijuana and the lack of scientifically based claims for the benefits from medical marijuana. Only in the most recent years are CBD and its products beginning to receive FDA applications for research. Claims of curing cancer and chronic diseases have not been validated yet. Despite multiple efforts to move cannabis from a Schedule I drug to a lower level, it remains in the grouping with highly addictive and potentially dangerous substances.

Allegedly, the DEA won’t currently inspect or prosecute people carrying CBD products, so the market flurry continues. In December 2017 the World Health Organization declared CBD was not harmful and in January 2018, the World Anti-Doping Agency removed CBD from its prohibited substances.

How would you explain to a patient the difference between CBD and marijuana?