Synthetic designer drugs are basically human experiments without informed consent. Every drug we take that is prescribed by a physician has gone through the most rigorous testing: First in animals. . . and then in humans. And in humans it is done so carefully—you measure the doses, you first find out if there’s any dose that becomes toxic. Then you go into trials with people who are sick to see if it helps them. In the case of designer drugs none of these precautions have been taken, none of the care has been taken.

Chemists can make anything, anywhere in the world. Some can be poisonous, downright toxic, some can promote addiction, some can destroy brain cells—you don’t know. You are simply walking into a cave without a flashlight, and you are hoping there aren’t bears, or scorpions, or rabid bats, or chasms, or crevices that you can fall into. That is why I call it a human experiment without any knowledge on what these drugs can promote in your brain and to the rest of your body.

Over the last decade, designer drugs have exploded onto the illicit drug scene. When their molecular structure is published, amateur and professional chemists reproduce these drugs, alter them to increase their potency, and flood the market with dangerous untested compounds that are undetectable by most known tests. Very little is known about the effects these drugs will have on the human nervous system because their chemical structure has been tweaked and modified so rapidly and so often that it is impossible for researchers and law enforcement to keep up with the changes.

Designer drugs are synthetic compounds whose molecular structures have been modified based on chemically similar illicit drugs. The newly created substances can often be purchased legally because their modified chemical structures are not covered under existing drug laws. Since, in many cases, designer drugs are not yet illegal, they are inaccurately referred to as “legal highs” or “herbal highs.”

Designer drugs are characterized by the U.N. Office on Drugs and Crime as novel* psychoactive substances (NPS) and are defined as “substances of abuse, either in a pure form or a preparation, that are not controlled by the 1961 Single Convention on Narcotic Drugs or the 1971 Convention on Psychotropic Substances, but which may pose a public health threat” (UNODC, 2014a).

Designer drugs can be placed into eight groups, although there is some overlap and there are differences in definitions among researchers, law enforcement, and clinicians. This course will focus on three of the groups: (1) synthetic cathinones (bath salts), (2) synthetic cannabinoids, and (3) synthetic hallucinogens, primarily NBOMe.

The other five groups are beyond the scope of this course, but they are listed briefly as follows:

In the United States (and internationally) synthetic cathinones, synthetic cannabinoids, and synthetic hallucinogens are manufactured and distributed to circumvent drug laws and evade interdiction.* They are intentionally marketed and distributed for recreational use by exploiting inadequacies of existing controlled substance legislation (Weaver et al., 2015).

*Interdiction: A continuum of events focused on interrupting illegal drugs smuggled by air, sea, or land (U.S. Department of Defense).

These compounds (see table below) have evolved rapidly and have largely evaded legal regulation and detection by routine drug testing. Young adults are the primary users, but trends are changing rapidly and use has become popular among members of the military. Acute toxicity is common and multiple deaths have been reported with each of these types of designer drugs (Weaver et al., 2015).

Non-chemists can easily synthesize these compounds with readily available raw materials, or they can obtain the synthetic compounds directly. The chemicals are packaged with labels that do not accurately describe product contents, which may vary substantially regarding chemical content and concentration. Labels often include the phrase, “not for human consumption,” in an attempt to avoid legal risk (Weaver et al., 2015).

Although the emerging designer drug trend was initially recognized by increased calls to U.S. poison control centers, the incidence of designer drug problems in emergency departments, hospitals, and other medical settings is largely unknown. Only a small percentage of those using designer drugs will come into contact with the healthcare system, but consequences of use can be severe (Weaver et al., 2015).

The growing popularity of designer drugs relates to factors such as novelty, marketing, and accessibility. Designer drug packaging is colorful and attractive, with enticing names for the products to attract younger individuals. Designer drugs are sold without age restriction. Widespread availability, including purchase via the Internet, has contributed to expanded use (Weaver et al., 2015). 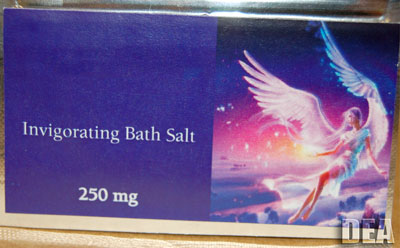 Clinicians should keep designer drugs in mind when evaluating substance use in young adults or in anyone presenting with acute neuropsychiatric complaints. Treatment of acute intoxication involves supportive care targeting signs and symptoms. Long-term treatment of designer drug use disorder can be challenging and is complicated by a lack of evidence to guide treatment. Familiarity with designer drugs can help clinicians recognize common adverse reactions and life-threatening consequences (Weaver et al., 2015).

Designer drugs affect the brain in a number of ways. Bath salts—synthetic cathinones—act on transporters for the neurotransmitters dopamine, serotonin, and norepinephrine; cocaine, ecstasy, and amphetamines produce their psychoactive effects through these same transporters. Similarly, the synthetic cannabinoids mimic marijuana by activating the same cannabinoid receptors as THC (tetrahydrocannabinol), the main psychoactive component in marijuana (NIDA, 2015a).

Animal studies have shown that designer drugs cause behavioral effects that resemble the drugs of abuse whose mechanisms they share. However, slight differences in chemical structure cause some different effects. For example, the synthetic cathinone MDPV (discussed in the next module) acts on the dopamine transporter 50 times more strongly than cocaine. Synthetic cannabinoids also act on the nervous system differently than non-synthetic cannabis; they are shorter-lasting than THC and are metabolized differently, which could increase potential for abuse and for medication interactions and other toxic effects. Further understanding of both expected and unexpected effects of designer drugs is needed to address their growing availability and to better inform the public of health and safety risks associated with their use (NIDA, 2015a).

The appearance of new psychoactive substances (NPS) on the drugs market that are not controlled under international and national drug control laws is not a new phenomenon; many of the substances themselves were first synthesized years ago. The “cat and mouse game,” whereby there is a continuous circumvention of existing legislation as new substances appear, can be traced back to the early years of the twentieth century with international attempts to control esters of morphine.

In recent years, however, there has been an increasing commodification of the market in new substances. This has been fueled by entrepreneurs and increasingly organized crime groups who have exploited a growing manufacturing capacity in countries such as China and India and globalized trade. Here, the Internet has played a key role in both the advertisement and sale, allowing an open market to develop. This is reflected in the rapid rate of appearance of NPS, which in Europe over the past few years has averaged one new substance every 5–6 days.

Designer drug use is most prevalent among young adults, primarily males in their mid-to-late twenties, but ranging from teens to adults 40 years of age. Those who use designer drugs tend to be single and have lower levels of education and income compared to the general population (Weaver et al., 2015).

Because it is so prevalent, synthetic cannabis has been studied more thoroughly than other designer drugs. Its use may be higher in select subpopulations, particularly regular cannabis users and college students. Among high school seniors, the annual prevalence of synthetic cannabis consumption was 11% in 2011 and 2012. Annual prevalence rates among high school seniors dropped to 8% in 2013, but remained more prevalent than any illicit drug except cannabis (annual use of cannabis remained unchanged) (Weaver et al., 2015).

In 2012, for the first time, eighth and tenth graders were asked about their use of synthetic cannabis; annual prevalence rates were 4.4% and 8.8%, respectively. Use in all three grades dropped in 2013, with a sharp and significant decline among twelfth graders. The declines continued into 2014 and were significant for both tenth and twelfth graders (Johnston et al., 2015).

All three grades were asked whether they associated great risk with trying synthetic cannabis once or twice. The level of perceived risk for experimental use was quite low (between 24% and 33%) but has been rising somewhat among twelfth graders. Likely the availability of these drugs over the counter has had the effect of communicating to teens that they must be safe, though they are not (Johnston et al., 2015).

Data from the National Crime Survey for England and Wales in 2012 shows that 3.3% of adults aged 18 to 24 years had used mephedrone (a novel synthetic cathinone discussed in the next module) within the previous year. On an international level, data from the European Monitoring Centre for Drugs and Drug Addiction’s early warning system currently receives a report relating to a newly identified substance about once every week (Smith & Robert, 2014).

Marketing designer drug products as “legal high” alternatives may contribute to the perception of greater safety or purity compared to traditional illicit drugs, which could promote increased consumption. Risk factors for adolescent experimentation with and problems resulting from designer drug use include parents with substance use disorders (SUDs), poor family relationships, poor discipline, or high family conflict; adolescents involved with foster care or the criminal justice system are also at risk (Weaver et al., 2015).

In response to rising designer drug use and its consequences, a series of state and federal initiatives have been enacted during the past several years prohibiting the manufacture, sale, and possession of many designer compounds. Although designer drug use has persisted despite regulatory efforts, there may be a national trend toward reduced consumption of some designer drugs. Use appears to be growing in some subpopulations—including the U.S. military—perhaps to evade detection by urine drug screening. Designer drug use is especially prevalent among those in the military who abuse other substances. Patients presenting for consequences of designer drug use are frequently using more than a single drug (Weaver et al., 2015).