Hallucinogens are drugs that distort a person’s perception of reality. They occur in chemical form as well as in nature (eg, psilocybin mushrooms, peyote). These drugs can produce visual and auditory hallucinations, feelings of detachment from one’s environment and oneself, and distortions in time and perception (SAMHSA, 2014). They can also cause an increase in blood pressure, heart rate, respiration, and body temperature, as well as confusion and loss of coordination.

Hallucinogenic compounds found in some plants and mushrooms (or their extracts) have been used during religious rituals for centuries. Almost all hallucinogens contain nitrogen and are classified as alkaloids. Many hallucinogens have chemical structures similar to those of natural neurotransmitters (acetylcholine-, serotonin-, or catecholamine-like). While the exact mechanisms by which hallucinogens exert their effects remain unclear, research suggests that these drugs work, at least in part, by temporarily interfering with neurotransmitter action or by binding to their receptor sites (NIDA, 2014).

Synthetic hallucinogens are derived from phenethylamine, which is altered in a laboratory to create effects that mimic those of natural hallucinogens. The molecular structures of all phenethylamines contain a phenyl ring, joined to an amino group via an ethyl side chain (phenyl-ethyl-amine).

One novel group of toxic phenethylamine derivatives called NBOMe has recently gained prominence. These compounds produce hallucinations through serotonergic stimulation (Weaver et al., 2015). They are sold as legal substitutes for lysergic acid diethylamide (LSD) or mescaline. Also called “N-bomb,” “legal acid,” “smiles,” or “25I,” they are generally found as powders, liquids, soaked into blotter paper, or laced on something edible. These chemicals act on serotonin receptors in the brain like other hallucinogens, but they are more powerful even than LSD. Extremely small amounts can cause seizures, heart attack or arrested breathing, and death.

In the last few years there has been a rapid increase in the recreational use and availability of synthetic hallucinogens. This new phenomenon represents not only an unprecedented challenge in the field of drug addiction, but also a fast-growing problem from social, cultural, legal, and political perspectives (Bersani et al., 2014). 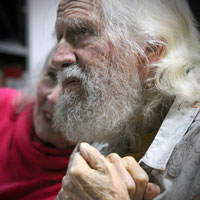 Synthetic designer hallucinogens gained popularity after the 1991 publication of Alexander Shulgin’s book, PIHKAL, A Chemical Love Story. PIHKAL, an acronym for “Phenethylamines I Have Known and Loved,” details the synthesis of over 200 psychedelic compounds. The “2C” series of hallucinogenic phenethylamines, first described by Shulgin, share a similar chemical structure; the term “2C” is derived from the two carbon molecules between the benzene ring and the amino group.

There are more than 27 known 2C compounds, the most common being 2C-C, 2C-B, and 2C-I; these drugs are also referred to as psychedelic phenethylamines. One of the most common substances within this group is 25C-NBOMe (Bersani et al., 2014). NBOMe compounds are extremely potent and highly hallucinogenic at very low dosages—as low as 50µg.

Another compound, 25I-NBOMe, is a relatively new derivative of the 2C series of phenethylamines. 25I-NBOMe is one of several phenethylamines that have become popular since October 2011, when the DEA issued a temporary Schedule I status on many of the compounds marketed as bath salts. 25I-NBOMe is a highly potent, high-affinity agonist of the serotonin 2a (5HT2a) receptor that was originally synthesized for research on the serotonin receptor (Weaver et al., 2015).

25I-NBOMe has many potential routes of administration. In addition to liquid and powder form, other routes of administration include inhalation of vapor, nasal insufflation, oral ingestion, sublingual/buccal administration, and intravenous injection. The most common use is oral/sublingual/buccal, but nasal insufflation is not unusual. When administered by the oral/oral mucosal route, 25I-NBOMe is ingested as a pill or absorbed as powder or on blotter paper. Use of the drug generally occurs in a single administration of a small quantity or “cap” (about 0.1 gram). Clinical effects can occur rapidly after nasal use and generally peak in 20 minutes. A wide duration-of-action range of 3 to 13 hours has been reported. In reported cases of clinical toxicity, agitation persisted for several days (Weaver et al., 2015).

The reported effects of 25I-NBOMe are similar to those of typical serotonergic hallucinogens such as LSD or psilocybin. Users report hallucinations with a varying degree of stimulating effects. Depersonalization has been reported as well. In contrast to other serotonergic hallucinogens, 442 users responding to an Internet survey reported that 25I-NBOMe had greater “negative effects while high,” but with more “value for money” (Weaver et al., 2015). 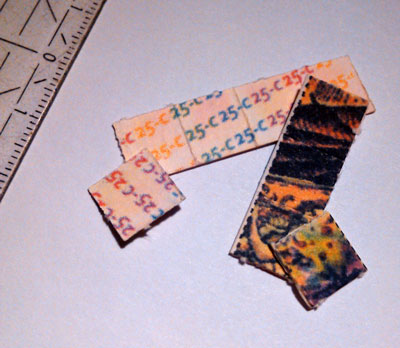 Blotter papers containing 1200 µg of 25C-NBOMe each. A dose as small as 200–500 µg can cause a significant hallucinogenic reaction. Source: Wikimedia, public domain.

As a result of NBOMe’s recreational use, various episodes of acute intoxication and fatalities have been reported. While its general use poses a significant danger, a second danger is the accidental ingestion of NBOMe by individuals thinking they are ingesting LSD; according to anecdotal and media reports and scientific testing, in fact, LSD users may often unwittingly ingest the more dangerous 25C-NBOMe (Bersani et al., 2014).

The kitchen started to swirl around, everything became very colourful, the intensity increased exponentially. It became way, way more intense than I had expected very, very quickly. Panic started to take hold and no matter what I did I could not shake it off. I tried to reassure myself and tried to calm down but as my world started to become more and more chaotic and as I started to completely lose myself I found this impossible to do. Then things started to get really, really nasty. The thoughts in which the loop seemed to be wrecking peoples’ lives were interlaced with the thoughts that somehow I was doing something so terrible, so humiliating and disgusting that the whole world thought I was a joke and that I did not deserve to live. I was completely dissociated and out of the room, I was on the ground outside being pelted with rubbish by hundreds of people. There were ambulances, police cars and my dad all whirling round. This image remained for a long time. However after a while it was as if people understood and whilst some still hated me others were rooting me on to make it through to the other side of this trip.

In addition to the anticipated visual and auditory hallucinations, many users experience psychiatric consequences, prompting them to access medical services. Some of these consequences include delirium, agitation, aggression, violence, paranoia, dysphoria, severe confusion, and self-harm. Some patients have presented with a serotonergic or sympathetic toxidrome* consisting of an “excited delirium” with severe agitation, aggression, and violence. In one case, a reportedly hallucinogen-naïve 19-year-old man died from a multiple-story fall after ingesting 25I-NBOMe and developing paranoid and bizarre behavior. In another fatal case, a 21-year-old male driver who ingested 25I-NBOMe developed sudden rage, pulled his car off the road, and began to destroy the inside of the vehicle before dying from an unknown cause (Weaver et al., 2015).

*Toxidrome: a clinical syndrome caused by dangerous levels of toxins in the body—often as a result of a drug overdose.

Tachycardia, hypertension, and mydriasis* are frequently described in the few clinical reports of 25I-NBOMe users. Hyperreflexia and clonus have also been reported in several cases. Seizures occurred in many of the cases that eventually required medical attention. Severe toxicity has included hyperthermia, pulmonary edema, and death from trauma. In one report of a fatal exposure, a 15-year-old girl became unresponsive after ingesting 25I-NBOMe outside a rave; on arrival at a local hospital she was in asystole with a rectal temperature of 39.9°C. Long-term physiologic effects are not known (Weaver et al., 2015).

*Mydriasis: prolonged or excessive dilation of the pupil.