An illustration of a healthy neuron showing the nucleus, cell body, dendrites, and axons. Source: WPClipArt.com. Used with permission. 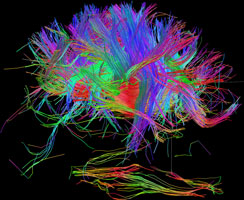 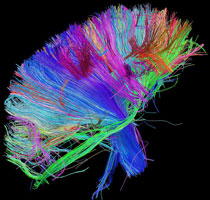 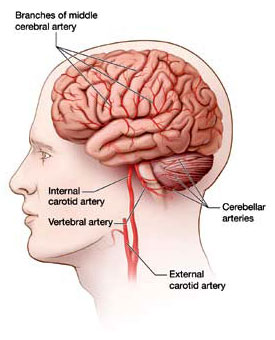 Due to these normal, age-related changes, some healthy older adults may notice a modest decline in their ability to learn new things and retrieve information. Older adults may not perform as well on complex tasks of attention, learning, and memory compared to younger people. However, if given enough time to perform the task, the scores of healthy people in their 70s and 80s are often similar to those of young adults. In fact, as we age, adults often improve in other cognitive areas, such as vocabulary and other forms of verbal knowledge (NIA, 2016a).

In some older adults, memory problems are more pronounced than those seen with normal age-related changes. This is referred to as mild cognitive disorder, also referred to as mild cognitive impairment. Although mild cognitive disorder has been described as a transitional stage between normal cognitive aging and dementia, particularly Alzheimer’s disease, studies suggest that many individuals diagnosed with this disorder do not always progress to Alzheimer’s disease and may even revert to normal (Lee et al., 2014).

Cognitive reserve is the brain’s ability to operate effectively even when some function is disrupted. It also refers to the amount of damage that the brain can sustain before changes in cognition are evident. People vary in cognitive reserve because of differences in genetics, education, occupation, lifestyle, leisure activities, or other life experiences. These factors may provide a certain amount of tolerance and also the ability to adapt to change and damage that occurs during aging (NIH, 2016b).