About Suicide: Washington State, 6 unitsPage 2 of 16

The loss of any individual to suicide cannot typically be explained by individual factors alone. A web of biological, psychological, social, environmental, and situational concerns influences suicidal ideation and behaviors. Childhood trauma, substance abuse, poverty, and untreated mental health problems are common risk factors. Unfortunately, many people cannot get help because of provider shortages, stigma, and the cost of care.

Preventing suicide requires culture change, access to care, research, and community engagement. It also requires ongoing coordination with all sectors, institutions, and stakeholders. Because suicide is a national tragedy that affects all of us, to be successful, everyone must be engaged (HHS, 2021, January 19).

In the United States

Since the National Strategy for Suicide Prevention was updated in 2012, prevention efforts have expanded and multiplied, increasing our understanding of suicide prevention practices in healthcare systems and communities. New partners have become engaged, including organizations and businesses that had not previously viewed suicide prevention as part of their mission (HHS, 2021, January 19).

Although funding still may not reflect the impact of suicide in the U.S., more resources are being dedicated than ever before. For example, the President’s Roadmap to Empower Veterans and End a National Tragedy of Suicide (PREVENTS) was launched in 2019. In July of 2022 the Federal Communications Commission designated 988 as the national number for mental health crises (HHS, 2021, January 19).

During the COVID pandemic, there was a record increase in the homicide rate and a spike in the number of drug overdose deaths. It was thought that the number and rate of suicides would follow that pattern—particularly after suicides had risen every year between 2004 and 2019. However, between 2018 and 2019, there was a minor decline in suicide, which continued into the pandemic year of 2020 (CDC, 2021, November 5). 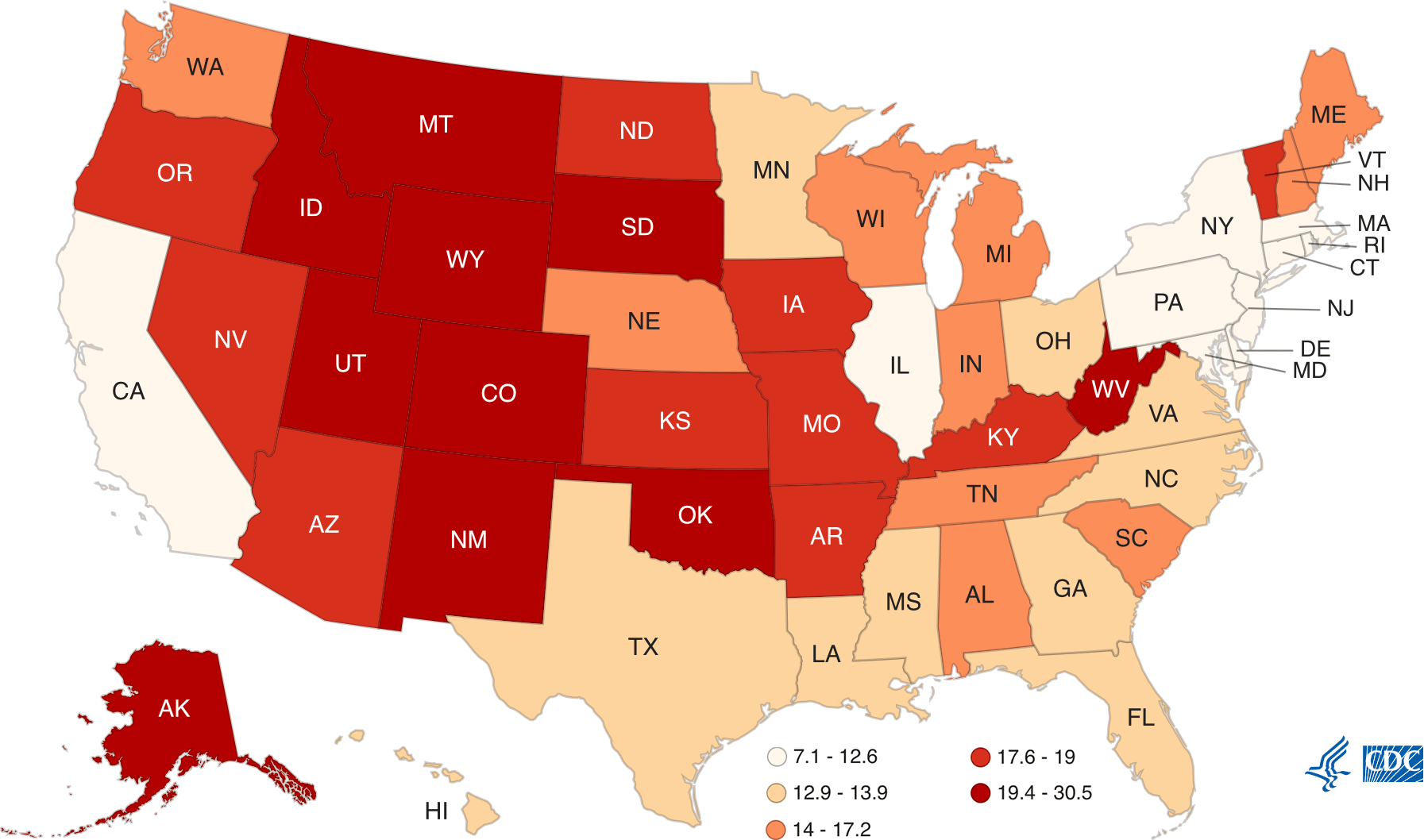 Suicide is defined as death caused by self-directed injurious behavior with intent to die.

A suicide attempt is when someone harms themself with any intent to end their life but does not die as a result.

Suicidal ideation refers to thinking about, considering, or planning suicide.

Even before the pandemic, Washington’s rate of deaths by suicide was about 14% higher than the national rate (WSDOH, 2021). It has been higher than the national average for more than 10 years. During the last decade, over 11,000 people died as a result of suicide, most commonly by firearms (48%), followed by suffocation and poisoning (deGrauw, 2021). 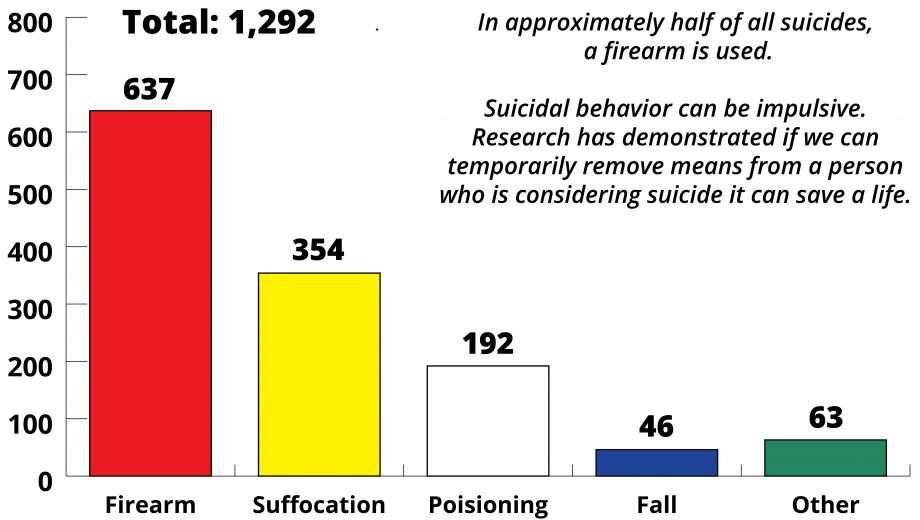 Suicide rates vary in different parts of Washington. From 2013 to 2017, suicide rates were higher than the state rate in six counties:

Seven counties in Washington have small populations and had too few suicides to calculate a suicide rate. This does not mean that there are no suicides in these counties; county-level data do not always accurately reflect suicide losses in communities. For example, in 2013 both the Spokane Tribe of Indians and the Colville Confederated Tribes declared a suicide state of emergency because of high numbers of suicide deaths (WSDOH, 2016).

In Washington and nationally, suicide rates are higher outside urban areas and highest in small-town rural areas. The suicide rate in King County is lower than the state rate, but it has the largest population and the highest number of suicides in the state (WSDOH, 2016).

Additional resources are needed to meet increasing workloads that have grown beyond current funded capacity. The state needs to invest in the AASP’s recommendations for a system with services in suicide prevention, intervention, treatment, and postvention (resources provided in the aftermath of suicide) to support individuals and families and prevent future deaths by suicide (WSDOH, 2021).