Child abuse and neglect is not a new phenomenon—it has been documented for more than two thousand years. For most of human history children had no rights in the eyes of the law and it was unthinkable that the law would intervene in the domain of the family.

In the United States, the first known legal response to child abuse occurred in 1874. In a case that was to have significant repercussions, Henry Bergh, founder of the New York Society for the Prevention of Cruelty to Animals (SPCA) and acting as a private citizen, pleaded in court to have an 8-year-old child named Mary Ellen Wilson removed from her abusive and neglectful environment. Although there were laws in New York that allowed the state to remove neglected children from their homes, New York City authorities were reluctant to take up Mary Ellen's cause (Watkins, 1990).

Etta Wheeler, a Methodist mission worker persuaded Mr. Bergh to intervene at the behest of her niece who encouraged her to contact Mr. Bergh, saying “You are so troubled over that abused child, why not go to Mr. Bergh? She is a little animal surely” (Watkins, 1990). During a hearing, Mr. Bergh was careful to say that he was not acting as a representative of the New York SPCA and emphasized that he was “determined within the framework of the law to prevent the frequent cruelties practiced on children” (Watkins, 1990).

Mary Ellen was removed from her abusive situation and placed in an institutional shelter for adolescent girls. Uncomfortable with this placement, Ms. Wheeler once again intervened and received permission to send Mary Ellen to live with her own mother in upstate New York. When Ms. Wheeler's mother died, Mary Ellen went to live with Ms. Wheeler's sister and her husband. Mary Ellen eventually married and had two daughters. She died in 1956 at the age of 92 (Watkins, 1990). 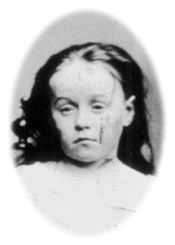 “My father and mother are both dead. I don’t know how old I am. I have no recollection of a time when I did not live with the Connollys. . . Mamma has been in the habit of whipping and beating me almost every day. She used to whip me with a twisted whip—a raw hide. The whip always left a black and blue mark on my body. I have now the black and blue marks on my head which were made by Mamma, and also a cut on the left side of my forehead which was made by a pair of scissors. She struck me with the scissors and cut me.

“I have no recollection of ever having been kissed by any one—have never been kissed by Mamma. I have never been taken on my mamma’s lap and caressed or petted. I never dared to speak to anybody, because if I did I would get whipped. . . I do not know for what I was whipped—Mamma never said anything to me when she whipped me. I do not want to go back to live with Mamma, because she beats me so.” 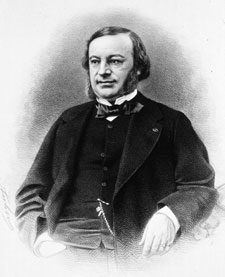 Mary Ellen’s case led to the formation of societies in many states to protect children from cruelty. In 1860 Ambroise Tardieu, a French forensic physician—in a treatise entitled Forensic Study on Cruelty and the Ill-Treatment of Children, was the first medical professional to provide a clinical definition of battered child syndrome. Tardieu detailed 32 cases of battered child syndrome in detail, including 18 that ended in the death of the child. Unfortunately, his clear and precise clinical descriptions were largely ignored by physicians and forensic specialists until nearly a century after his death.

In the 1950s and early 1960s, a movement to protect children came as the result of several pediatricians’ publishing articles about children suffering multiple fractures and brain injuries at the hands of their caretakers. In 1961 C. Henry Kempe, a physician and president of the American Academy of Pediatrics, convened a conference on the battered child syndrome, in which he argued that doctors had a “duty” to the child to prevent “repetition of trauma.” The Battered Child Syndrome Conference resulted in many states’ passing laws to protect children from physical abuse.

In 1985 Kempe introduced a set of diagnostic criteria for suspected child abuse:

Abuse should be considered in any child exhibiting evidence of fracture of any bone, subdural hematoma, failure to thrive, soft tissue swellings or skin bruising, in any child who dies suddenly, or where the degree and type of injury is at variance with the history given regarding the occurrence of trauma. (Kempe et al., 1985)

Child abuse is now recognized as a problem of epidemic proportions, with serious consequences that may cause indelible pain throughout the victim’s lifetime. Unfortunately, violent and negligent parents and caretakers serve as a model for children as they grow up. The child victims of today, without protection and treatment, may become the child abusers of tomorrow.

Child abuse is a problem for the entire community. Protecting children from abuse requires the coordination of many resources. Parents, caregivers, and professional groups and agencies involved with families must work together and assume responsibility for preventing child abuse.

The Child Abuse Prevention and Treatment Act (CAPTA) was originally enacted by Congress in 1974 (PL 93-247) and reauthorized in 2010 (PL 111-320). CAPTA provides minimum standards for defining physical child abuse, child neglect, and sexual abuse that states must incorporate into their statutory definitions in order to receive federal funds. Under CAPTA, child abuse and neglect means:

The definition of child abuse and neglect refers specifically to parents and other caregivers. A “child” under this definition generally means a person who is under the age of 18 or who is not an emancipated minor (CWIG, 2013).

In cases of child sexual abuse, a “child” is one who has not attained the age of 18 or the age specified by the child protection law of the state in which the child resides, whichever is younger (CWIG, 2013).

While CAPTA provides definitions for sexual abuse and the special cases related to withholding or failing to provide medically indicated treatment, it does not provide specific definitions for other types of maltreatment—physical abuse, neglect, or psychological maltreatment (CWIG, 2013).

The Kentucky Department for Community Based Services (DCBS) oversees the CAPTA state plan and administers the state’s statutes and regulations relating to child welfare.