Infection Special for Case ManagersPage 39 of 46 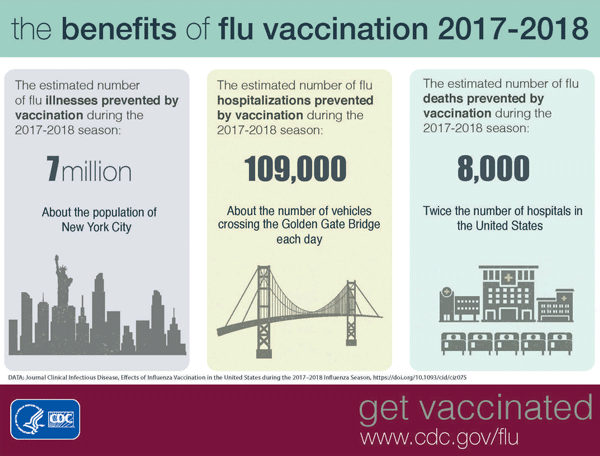 The estimated number of flu illnesses prevented by flu vaccination during the 2017–2018 season: 7 million, about the population of New York City. 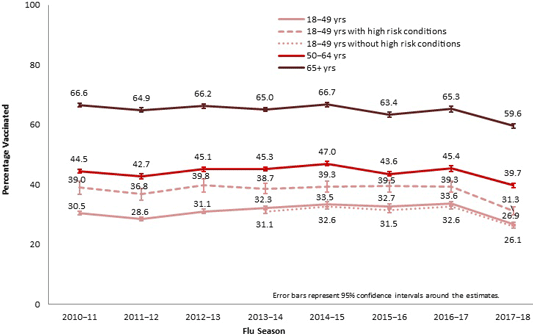 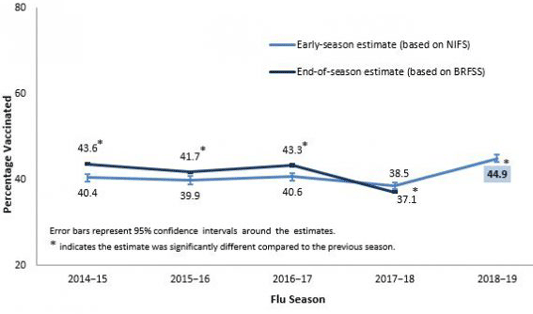 Estimates of flu vaccination coverage as of mid-November 2018 for children aged 6 months to 17 years was 45.6%, an increase of 6.8 percentage points compared with the same time period during the previous year (Xu et al., 2019). 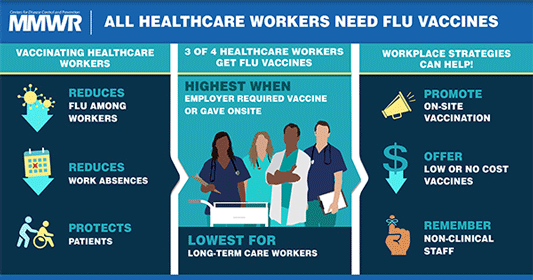 [Material in this section from Black et a., 2017 unless otherwise cited.]

During the 2016–2017 season (earliest available statistics), flu vaccination coverage was highest among physicians (95.8%) and lowest among assistants and aides (69.1%), and highest overall among healthcare personnel who were required by their employer to be vaccinated (96.7%).